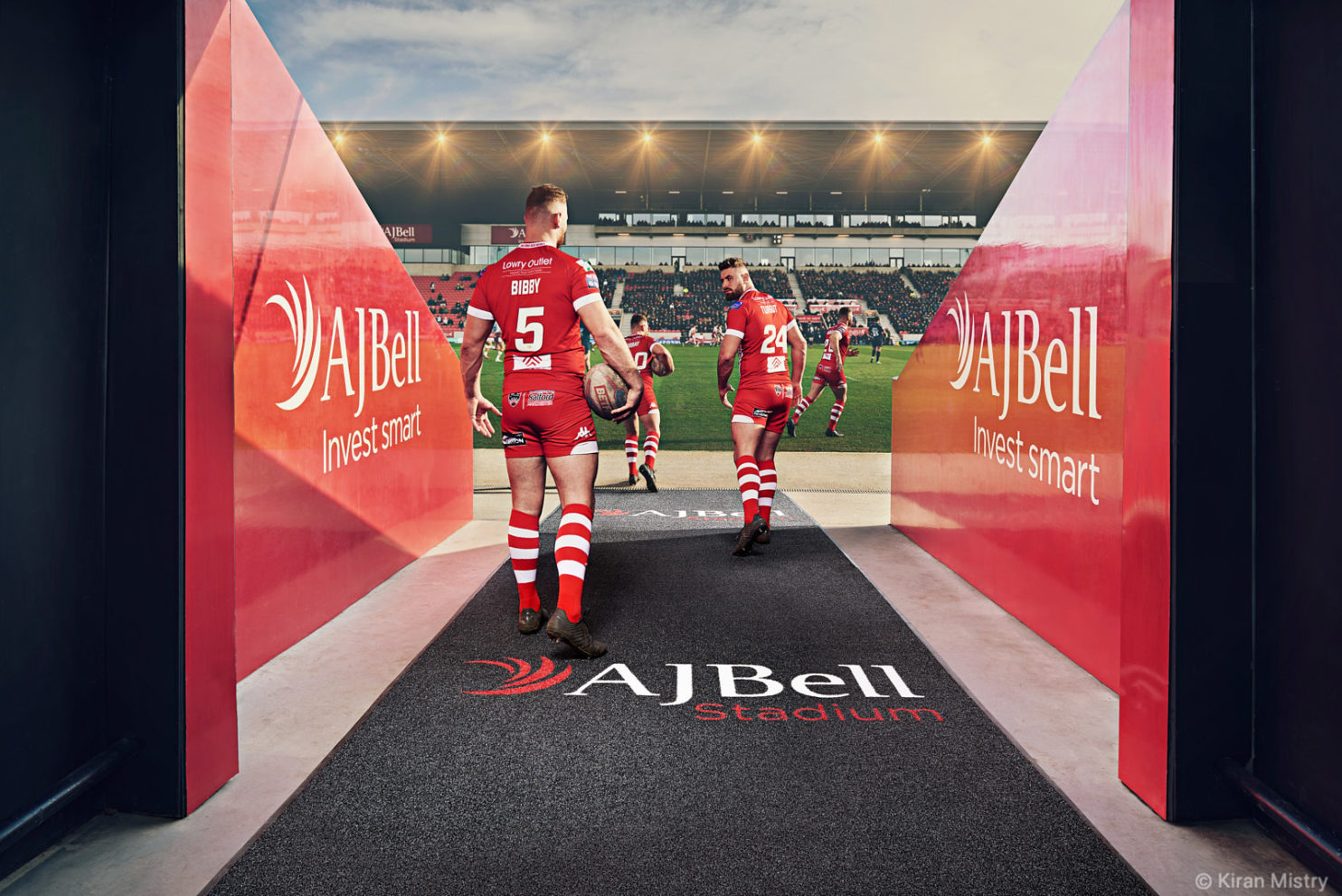 I love working on concepts that seem quite straight forward but when examined in detail become apparent that some jiggery pokery is needed to make the idea come to life.

This is a recent shoot I was commissioned to do which took several months to complete and was a composite of approx 6 images.  The reason for the time delay was the playing season, I needed to shoot a real match for the crowd scene and some action on the pitch as one of the elements.  There were only a few days left in the season when this could happen so I had to work around the game.  Luckily there wasn’t an almighty rush for the image.

One of the problems with the view from the tunnel is the stands on the opposite side were quite low down so wouldn’t convey the grandeur of a larger stadium.  To get around this I shot looking back from the other side towards the tunnel where the seating tiers were much higher and also included the private boxes and the large roof overhang.

The other part of the shoot was the tunnel view and the players in the foreground, this had to be done on a non match day so we could have  unrestricted access to the tunnel to setup the camera & lighting rig.  The foreground players is just one person in several different positions & poses.  The final comp was fairly straight forward as careful planning beforehand meant that all the elements blended together reasonably easily.

Here are the some of the elements & behind the scenes images: