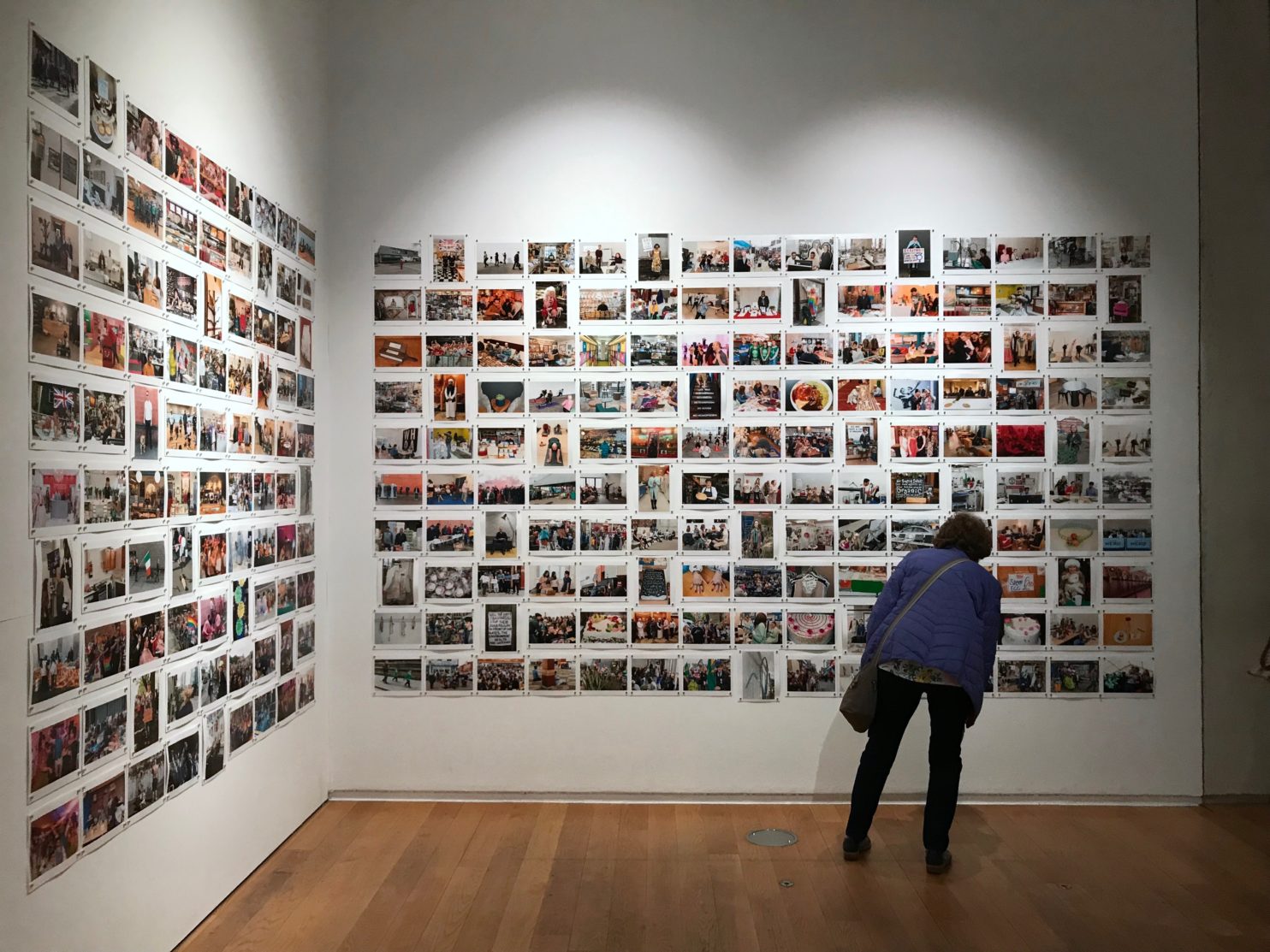 It is 20 degrees celsius in the middle of February and we have reports of moorland fires, 365 days ago we were blasted by the beast from the east and had one of the coldest winters on record, yet here we are exactly 365 days later with the hottest February on record.  It would be a shame to stay in the office editing all day whilst this unseasonably warm weather is around so I took the opportunity to go and see Martin Parr’s exhibition at Manchester Art Gallery. I have always loved his quirky style of photography and his documentation of the social and cultural traits of the British character.

The exhibition focuses on Martins’s documentation of Manchester and its surrounding districts from the early 70’s through to his most recent project in 2018.  The progression of images start from the early coverage of areas such as Moss Side and Hulme, one of the images in this section is his first award winning photograph distinctively in a Martin Parr style showing a huddle of characters around a telephone box with curious details and interactions between the character that could almost suggest the image was a setup.  The images are very nostalgic and bring back lots of memories from my childhood, the good times when fish and chips used to cost less than 20p.

The images from his collaborative project with Daniel Meadows called ‘June St’ is a real life look at a street mirroring that of the TV soap ‘Coronation St’, I was taken aback at the familiarity of the ornaments in the some of the living rooms and would never have guessed that hanging scrolls depicting oriental scenes were a thing in the 70’s outside of my own parents house, nor of the illuminated deer ornament hanging on the wall or the painted señorita with the flower in her hair.  Each of the portraits is centred around the living room fireplace and it is striking how the group of images as a collective conveys a cohesion and you can imagine these neighbours living next to each other but also expresses their individual personalities.

One of the projects that significantly stands out from the rest of the exhibit is the documentation of Prestwich Mental Hospital, the images have a Hitchcock’esque quality to them with many of the patients conveying a disassociation from each other, In some of the images there are distinct sinister characters in the background walking away from camera emphasising the feeling of isolation.

The far end of the gallery is the ‘Point Of Sale’ project photographed in the mid 80’s, these are huge prints that are quite literally pinned to the wall, the vibrancy of the colours belies the age of the content but there are some familiar subjects and it is quite strange how I instantly recognise a Marks & Spencers store by only the ceiling lights.  It is poignant that in the description for the project it says that Hairdressers and Barbers seem to be unaffected by the influx of the new supermarkets which also seems to be true today as we see more of our high street disappear yet there is still the abundance of Hairdressers, Barbers.

The second gallery which is through a corridor passes a Multimedia room showing a short video of Martin reviewing some of the projects and images and there is an insight to the technical process of scanning and printing some of the images for the exhibition.

The second gallery is all about the 2018 project commissioned by Manchester Art Gallery, the space is filled with huge prints and some walls filled with vast collections of smaller photographs of Manchester life, a look at how the city has developed a new character, everything from football, yoga, gay pride to Harry & Meghan’s wedding.  If you’ve viewed the early images in gallery one it is breathtaking to see how far Manchester has developed in the past 50 years, seeing the new portraits, its cultures, diversification and scientific achievements makes you proud to be a Mancunian.

The exhibition is on till the 22nd April 2019 and is free to view, I would highly recommend a visit as there is much more than I have described and if you were born and bred around Manchester you may even recognise somebody in the photographs.