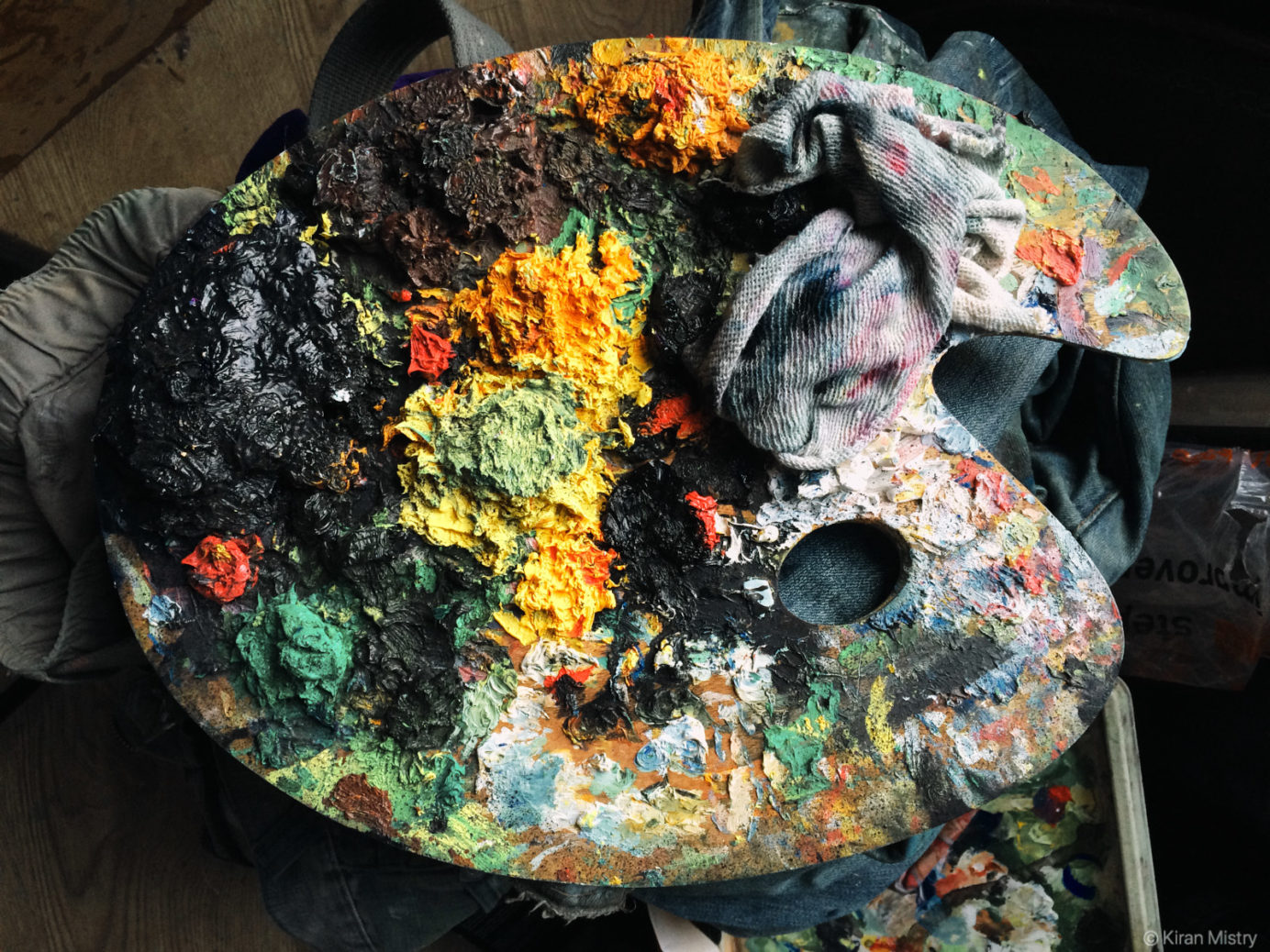 Personal projects are a great way to unleash from the bounds of a commercial assignment, they allow untethered freedom to be creative, experiment and to express ideas and concepts.  They can help to establish a clear focus and stop from photographing the random and focus on specific goals.  Projects can be for a given purpose like building a portfolio in a certain genre, developing a style or a real world news story that needs to be shared and others are exercises for a creative mind.  There are no rules how a project should be orchestrated only that the desire to do something to convey a message and pursue it in the long run should persist.

Ideas for projects can be staring you in the face but it can take a while for them to materialise, artist and friend Hugh Winterbottom has a stereotypical studio which is a clutter of materials and paintings.  The picture of the palette covered in paint is a typical object to be found tucked away in the corner of his studio.  Some months after taking the image I came up with the idea for a project, a chance conversation inspired me to think that there are many artists who have tools that have been used for many years without being given a second thought, collecting marks and nicks and bruises while collecting a historical record as they are used by their owners.

I did some test shots with Hugh and experimented with a few ideas eventually coming up with the concept of  The Artists Tools, it is an idea that i’m excited about that I can pursue in the long run and I have good connections with local artists to keep it going.  The concept is adaptable so there is every chance of it morphing and developing as time moves on, as I photograph more artists and build up the portfolio of portraits I will add them to The Artists Tools gallery.